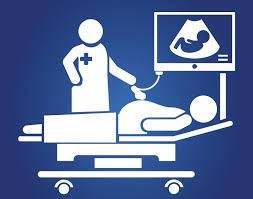 The Pre-conception & Pre-natal diagnostic Technique (Prohibition of Sex Selection) Act 1994, is an act to provide for :-

i)  Prohibition of Sex Selection, before and after conception and

iii) Prevention of their misuse for sex determination leading to female foeticide.

7) Status of implementation of Six Months Training during the year 2017:

1.    Identification of unregistered and invalid  ultrasound centres and increase in the number of centre doing registration.

2.    Increase in the number of District inspected:

Remote districts  and poorer section of the society are more vulnerable and unaware about the problems of sex selection and the Act & Rules pertaining to such violation.Therefore more awareness can be carried out if atleast one dedicated staff is stationed in such remote districts.

Due to shortage of manpower, PC&PNDT Act ,1994 cannot be implemented effectively in several districts such as Lunglei,Saiha and Lawngtlai district and this  therefore halts the progress of strict enforcement of PC&PNDT Act& rules in such areas.Therefore attachment of more staff faculty will ensure better surveillance and monitoring of certain remote areas having skewed child sex ratio.

Inspection of all ultrasound centres is the most effective measures for implementation of PC&PNDT Act. Inspection will ensure better identification of unregistered ultrasound machine and of the violators . Therefore inspection has to be conducted on regular basis most preferably every quarter.

Shortage of Sonologists/Radiologists have been an issue for execution of quality medical service in several areas in the state.To resolve this problem, the ongoing Six Months Training conducted at Civil Hospital Aizawl should be continue to utilized certified doctors under such training as alternative to Radiologists in such service constrained areas.

The problem of sex selection and declining sex ratio can be an inevitable threat in the near future in the state.To counteract this, a more frequent and meticulous awareness campaign should be carried out through advertisement in certain visual and print media.

Also a reliable and more accessible method should be arranged by setting up of  PC&PNDTAct website highlighting all necessary informations and instructions about the Act.Through this website, online registration can also be initiated for Registration of Ultrasound centers making it more convenient for the applicant.